Judge Mohamed Chande Othman had some questions for me... I tried to answer them as brief as possible....

You have stated that Roger Beuckels was not a pilot. Did you know him personally? Could you describeyour interactions?

Since the story of de Kemoularia re-emerged around the time that I started to use Facebook in 2009, the full story of Roger Beuckels intrigued me and I was convinced that it was an impossible story.

At that time the first private sites of Katanga veterans and mercenaries emerged. I became a member of at least a dozen of different of these sites ... the most important is this one:

In fact I got confirmation of what I suspected from some old schoolmates of the military Academy of Zedelgem (session 1963/64) that they had found a mercenary who had served in the Mobutu Mercenary Commando Units in 1965. His name was Roger Beuckels. He should be the pilot who shot down the Albertina. However, there was something strange on that story. This appeared to be a soldier without any military specialisation and certainly no ta pilot. One way or another he was contracted as a lieutenant which was very remarkable.

When I was contacted by the filmmakers, through their intermediate Bruno Feyaerts, one of his very first things he asked me was “do you know a certain Beukels”. I was surprised to see that he used the same misspelling as de Kemoularia, of a name that I knew. I answered him that I knew a person named Roger Beuckels, who falsely pretended to de Kemoularia that he was the pilot whom shot down the plane of Dag Hammarskjöld. I also said that he was not really a subject of my investigation because he had nothing to do with the Case Dag Hammarskjöld. I was very surprised that Fons had a lot of information about him, about his past and even two pictures. I had only the picture of the announcement of his dead. He also gave me the type out versions in poor English of his activities.

Another surprising point was that Roger Beuckels had tried to follow the same military academy as I did and for a moment (because of the information received by Fons Feyaerts) I thought that he could have been a roommate of mine in the second academy year in Arlon. The letters of Roger Beuckels and some information of Fons tells us that he was sent away from Arlon because of serious (criminal) behaviour. However, the information of Fons mentioned wrong dates. Roger Beuckels was at the infantry school of Arlon in 1959 ... (the same year as my nephew François Rosez, another coincidence).

The Filmmakers invited me for an interview that would happen in Europe or in Hong Kong. They asked me if I knew more things about Jan van Risseghem and I answered them that I had a good friend (I was talking about Pierre Coppens) with an amazing story.

He had told me that Jan Van Risseghem had confessed to him that he was the one who had shot down the Albertina. Jan Van Risseghem and Pierre Coppens became friends in 1965 when Jan Van Risseghem became the pilot for a group Red Cross Airborne rescuers. Jan Van Risseghem used to give endless stories about the flights he did with his brother during WWII for the (Polish) RAF and how later on he also flew for the SA (South Africa) and RRAF (Rhodesia). He also described his own invented technique to drop bombs. All of this was told to me years before that the Cold Case Hammarskjöld became hot news again. So I told the Filmmakers about Pierre Coppens. They asked me if I would allow them to contact Pierre Coppens and I said to them that they had to ask Pierre himself and I gave them his email address. They contacted him indeed in Spain and even went over to there to have a live interview. The filmmakers bombarded me with hundreds of questions about several periods and events of Katanga and the rest of the Congo. But they remained silence about the life interview they had promised to me.

Meanwhile the Dag Hammarskjöld Case became more and more actual and I had intense contacts with Maurin Piccard of the newspaper “Le Soir” In New York. This very good informed journalist even came to visit me in HongKong for a live interview. He was the one who had seen the notebook and some papers of Claude de Kemoularia held by his daughter Elisabeth. Here too, or again, I discovered that the investigation of the United Nations in the past was of a very poor quality. First of all, the wrongly named Beukel (Roger Beukels) was a false lead maintained during more than half a century (since 1967). Despite that it was a false lead, the diplomat Claude de Kemoularia was wrongly accused to have waited until the nineties to make the matter known. Thanks to the evidences actually held by the daughter of Claude de Kemoularia it is clear that the French diplomate went to the “Préfet de Police” Grimaud in 1967, just days after “de Troye(r)” came to him asking for a huge sum aspayment for the story. Claude also contacted Swedish officials to let them know about what happened. None of both, the French or Swedish authorities, did a thing with it. As I was also in contact with Torben Gülstorff I decided to publish some small articles on Facebook and Intel Today. Text of the articles:

“We are wasting too much time looking for the case of the diplomat Claude Demoularia and the officers (brothers) DeTroyer and Grant concerning the famous pilot Beukels who would have descended the Albertina with on board the secretary general of the United Nations Mr Dag Hammarskjöld. This is a false track, the real name of this pilot is Roger Beuckels who is not a pilot at all but a mercenary who served in the 14th Commando in 1964/65 around Stanleyville where he committed atrocities. It seems that he was also in Kipushi in Katanga in 1962/63. Before that he already had a career as a criminal ... The officers De Troyer (yet occupying high positions in the army) who brought this witness knew very well that this Beukels was a false track ... one can ask why they did this?”

Another weak point in the original investigation is that “de Kemoularia” has been blamed to have waited more than 20 years before going to the concerned authorities to tell them about the “Beukels” claim. In his notebook we can see that he did this already in 1968 (after the visits of 1967) when de Troyer came to him asking for a huge amount. His notebook mentions behind de name de Troye: refused (to pay) and the name of the Préfet de police of Paris of that time! (Grimaud) In a longer version I explained that the names of de Troyer and Grant are existing names. “de Troyer Paul” was a Belgian green beret para-commando commandant and “de Troyer Jacques” was Major in a Belgian Genie unit. Both served in the Katanga Gendarmerie in 1960/63. Grant Donald and Ian were two South African brothers serving in “Mad” Mike Hoara’s 5th commando in 1965. (Mike Hoara was celebrating his 100th B-day this month in Durban.)

It is unthinkable that two of these four mentioned persons were the visitors of de Kemoularia. To make things more complicated a false information was spread by an organization called “the Compani ons of the Ommegang” pretending that the famous Roger Beuckels was already in Katanga during the battle of Kipushi in December-January 1962/63 under the command of a certain Swanson. This organization is trying to stay under the wings of what is called the humanitarian rescue operation Red and Black Dragon done by the Belgian Para-commando units at Stanleyville on 24/28 November 1964 at Stanleyville and Paulis.

The Ommegang or 5th mechanized Brigade arrived to late to participate on that humanitarian operation and started to loot, plunder and execute Simba prisoners. In 1965 Roger Beuckels participated with these companions to clear the East Congo. As a result the East of the Congo was completely depopulated. Every village was looted and set on fire as they were seen as collaborators. However the real rebel Simba Army under command of Kabila, a force of around 6000, escaped to the neighboring countries including their weapons and a few billion on financial values. There are more mysteries: Roger Beuckels served (see his letters) in the 14th commando under commander Tavernier. They both knew very well Jimmy “Le Belge” Vogeleers, Charles Mazy et cetera ...

They all have one thing in common with Roger Beuckels: They all were questioned by the special police unit “Delta” concerning
their eventual participation in the deadly attacks of the gang called “The Bende van Nijvel or in French “Les tueurs du Brabant”). Beuckels too was questioned a few times by “Delta”. They had another thing in common too: apart Beuckels who was the youngest the others knew many things about the Avikat and the airplanes.

Un message envoyé par Victor Rosez: extract of one of the translated letters of Roger Beuckels:

page 1: ‘I got a promotion but also transferred to a black company. I have 40 Katangese Gendarmes under my command. We conquered ARU from the rebels and the Katangese Gendarmes did fight like lions.’ ‘I am the only white guy and it is great. I become a real guerilla fighter and I am dressed like a bandit. ‘I feel good between my black killers. They are real killers. They have no fear.’

page 2: ‘I am in the middle of the forest with about 10 units who attack the rebels on different positions. We have only one goal: Faradje, where the rebels hide, about 10 to 15.000 men. The big combat is planned within 3 weeks. The last 4 days we killed that many rebels that the churchyard of Bruges would be too small for their graves. You can no believe to killing happens here every day. You can’t imagine this in Belgium. The more blood the better.’ 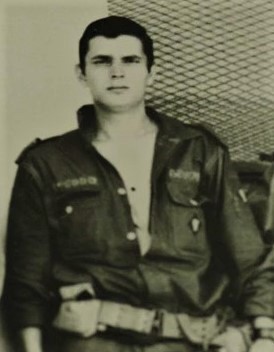 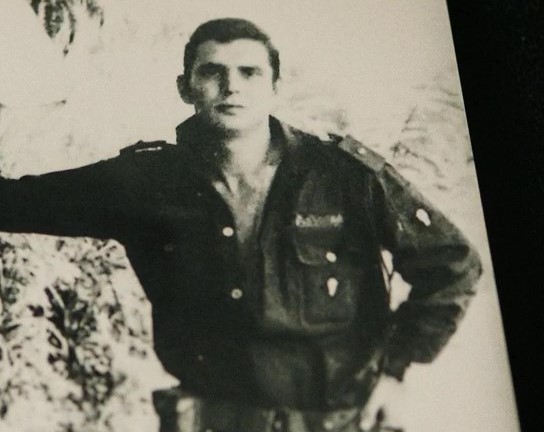 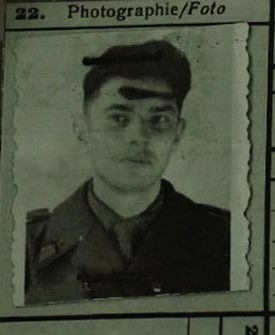